Here used to stand a lofty idol, that caused many a fight. Its name was the Crom Cruach; Its caused every tribe to live without peace. He was their God, old wizened Crom, hidden by many mists. And for the folk who believed in him, the eternal Kingdom of Heaven shall never be theirs. For Him they ingloriously slew their firstborn babies, with much wailing and peril, and poured their blood round Crom Cruach. - Mag Slecht A new, rewritten version of The Spear of Crom will be published by Ares/Head of Zeus on November 10. The date is a coincidence, but quite appropriate. Up until Saint Patrick arrived in Ireland in the 5th Century, at this time of year we would have been preparing to sacrifice our first born children to the old God, Crom. Old Crom has largely been forgotten in recent years. Crom? Isn’t he Conan the Barbarian’s God? - accompanied by a scoff -  was the reaction many of the serious historical fictionados to mention of him; The implication being that sword and sandal fantas
Post a Comment
Read more 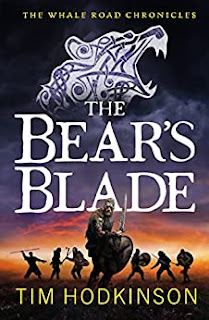